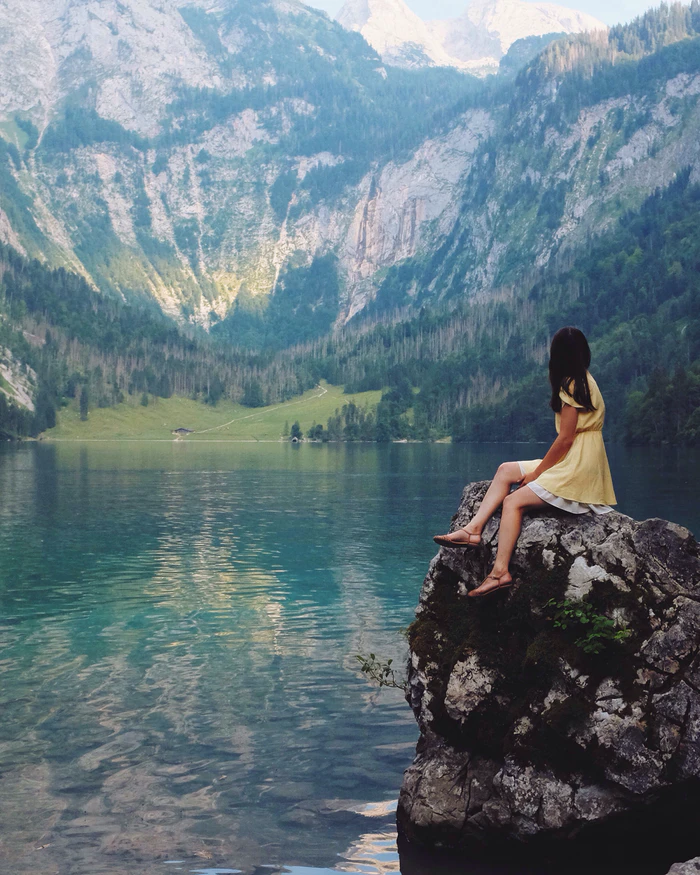 If you’re considering transgender hormone replacement therapy, you’re looking at a bigger  change than you’ve previously considered in your life. Throughout this process, your primary care physician has worked with you to establish your body’s needs, set expectations, and select the medication most likely to help you successfully reach your goals. Inhouse Pharmacy is a safe, confidential place to source your hormone medications, but we also want to make sure you have the information you need not only to understand the process yourself but so that those who love you in your support network have a ready source of fact-based information to as they welcome your transition with you.

What is transgender reassignment?

Gender is controlled by the balance of sex hormones that the body produces. For gender reassignment, the balance of these hormones must change so that a transition can happen. These hormonal changes are achieved by hormone replacement therapy. Transgender reassignment for male-to-female patients requires feminizing hormones to stimulate the development of female secondary sexual characteristics, such as breast development, and also induces metabolic changes, such as altering fat distribution and reducing muscle development to redefine the general body shape.

The process of male-to-female transition may take years before obtaining complete  male-to-female gender reassignment. This process should include frequent appointments with your doctor to ensure your transgender hormone replacement therapy is proceeding appropriately. These hormones can be used in different doses, with or without gender reassignment surgeries, and can induce a “second puberty,” since many of the hormonally controlled processes that contribute to masculine characteristics must be changed during the feminization process.

What is a transgender reassignment program for male-to-female patients?

The other hormone that can be included in the gender reassignment program is progesterone, which is a hormone found in males and females and may help with the feminizing process. Other drugs can be used to reduce maleness and support the feminizing process, such as antiandrogens, which act to antagonize some of the actions of the male hormone testosterone. Inhouse Pharmacy is a safe choice for more affordable medications your doctor prescribes to balance your transition process.

Hormones are chemical messengers that make up the endocrine system and work to control many of the body processes, including sexual development and reproduction, making them of prime interest during transgender hormone replacement therapy. The sex hormones are steroid hormones, which act on specific receptors inside the cells of their target tissues. The production of the sex hormones is regulated by leutenizing hormone (LH) and follicle-stimulating hormone (FSH), both of which are produced in the pituitary gland. These regulating hormones are in turn regulated by gonadotropin-releasing hormones from the hypothalamus.

Testosterone is an androgen and is the main male hormone. Produced by the testes—although small amounts are produced by ovaries—testosterone is responsible for the development of male sexual characteristics.

Estrogen is produced by the ovaries and controls the menstrual cycle and the development of female secondary sexual characteristics, making it vital to transgender hormone replacement therapy. Progesterone is produced by the ovaries and testes but also by the placenta during pregnancy. It is also produced in smaller amounts in the adrenal glands of both males and females. Its main function in women is in the development of the uterus in preparation for pregnancy.

What is hormone replacement therapy for gender reassignment?

A Progestin is a synthetic progesterone and is normally used as a contraceptive and also to counteract the effect of estrogen in hormone replacement therapy for menopausal women. A Progestin may also be used in addition to estrogen to reinforce the effects of estrogen for complete breast development and help with the redistribution of fat in transgender hormone replacement therapy. The two hormones can be taken separately but they are also available in a combination tablet for ease of use if your physician determines it’s the right ratio for your needs.

Which hormones are used for estrogen therapy?

Estrogen is the main feminine hormone used for hormone therapy for gender reassignment. There are various medical regimens and products available. estrogen exists in three naturally occurring forms: estradiol, which is the main estrogen that controls the menstrual cycle; estrone, which is produced during menopause; and estriol, the primary estrogen of pregnancy and the most potent form of estrogen. Estrogen can be administered in different ways during transgender hormone replacement therapy, either as pills, a cream or gel, nasal spray, injection or as a transdermal patch.

Several versions of naturally occurring estrogen are used for this therapy. The most common is 17-beta estradiol, estradiol valerate, a prodrug (or precursor) of 17β-estradiol and Ethinyl estradiol, a synthetic form that is chemically and biologically identical to endogenous human estradiol. Another form of estrogen that is used for HRT is conjugated estrogens isolated from pregnant mare urine, which is a mixture of natural estrogens in different forms.

What treatments are available for gender reassignment?

The most important treatment for gender reassignment is a physician-guided transgender hormone replacement therapy to stimulate feminization. The other side of the treatment program is to reduce the masculinizing effects of male hormones using drugs that have anti-androgen action that can also be used to suppress some of the actions of testosterone. Several products are available for each stage of this program and you should use them as recommended by a medical practitioner and at the correct doses, as there are side effects of this treatment program.

How does estrogen therapy work in transgender hormone replacement therapy?

Estrogen therapy uses one of several forms of estrogen, a steroid hormone that binds to specific receptors inside the nucleus of estrogen-responsive cells and stimulates them to make proteins involved in producing secondary sexual characteristics. Estrogen also has several other actions in various metabolic processes, including maintaining bone mass and lipid (fat) metabolism. The purpose of estrogen therapy in the male-to-female transition process is to stimulate the growth of breast tissue, induce metabolic changes, and reduce muscle development, which all contribute to redefining the general body shape. Estrogen therapy also helps override the effects of naturally occurring testosterone.

What are estrogen side effects?

What precautions should I take with estrogen therapy?

You should consider carefully whether estrogen therapy carries any significant health risks for you after discussion with your medical practitioner, particularly if you have heart disease, stroke, liver disease or severe uncontrolled high blood pressure. Also, estrogen may interact with other drugs, such as anticonvulsants (e.g. phenytoin and carbamazepine), anti-infectives (e.g. rifampicin, rifabutin, nevirapine, and efavirenz), thyroid replacement therapy, or preparations containing St. John’s Wort. You’ll also want to choose a regulated pharmacy like Inhouse Pharmacy, which is safe and offers medication from leading manufacturers. 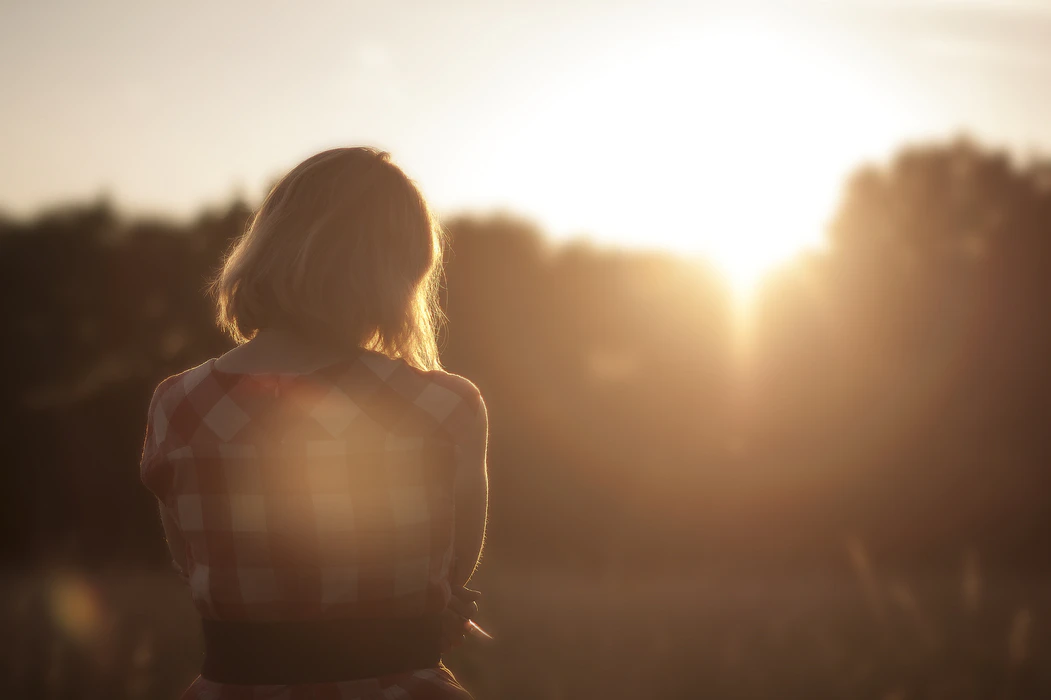 How do progestogens work for gender reassignment?

Progestogens can be used to support estrogen therapy as part of transgender hormone replacement therapy. Progestogens are involved in full breast development and also have weak antiandrogenic activity, as they reduce levels of hormones that stimulate testosterone production.

What progestogens are available for reassignment?

Several progestogens are available, including progestins, which are synthetic derivatives of the hormone progesterone. This means that their chemical structure closely resembles that of naturally produced progesterone and they, therefore, work in a similar way. These include medroxyprogesterone and dydrogesterone, which can be taken orally as hormone pills. Natural progesterones are not well absorbed by the gastrointestinal system, and until recently they could only be administered by injection. A new form of micronized progesterone (reduced to tiny particles so that it is better absorbed) is now available. Progesterone is also available as a gel and cream to be used topically for absorption through the skin.

What are the side effects of progestogens?

The most commonly reported side effects when taking progestogens include acne, dizziness, drowsiness, fever, headache, nausea, nervousness, skin rash and itching, sleeplessness, stomach pain, and weight gain or loss. More severe side effects include jaundice. You should always report these potential symptoms of transgender hormone replacement therapy side effects to your doctor, so they can monitor your progress and adjust treatments as necessary.

How does an antiandrogen work for gender reassignment?

An antiandrogen is a drug that works to block the action of androgens, like the hormone testosterone, which is responsible for the development of male characteristics. Using an anti-androgen helps to complete the male-to-female transition for male-to-female transgender hormone replacement therapy by promoting demasculinization in addition to the feminizing hormones like estrogen. Testosterone is converted to dihydrotestosterone (DHT) in the prostate gland, testes, hair follicles, and adrenal glands by the action of the enzyme 5-alpha-reductase. DHT is a potent form of testosterone and plays an important role in the development of the prostate gland, testes, regulates hair growth, and is responsible for the development of male pattern baldness. Several drugs that are used as antiandrogens have other actions and the antiandrogenic action is secondary, however, they can be effective when used as part of transgender hormone replacement therapy.

What antiandrogens are available for reassignment?

Several antiandrogens are used as part of a hormone therapy program for male-to-female patients. Spironolactone is mainly used as a diuretic for treating high blood pressure, but it also binds to the androgen receptor in cells that respond to testosterone, competing with testosterone and DHT blocking their action.

Cyproterone is an antiandrogen that is used primarily to treat prostate cancer (an androgen-dependent tumour that needs testosterone to grow), but is also used to treat hypersexuality, reduce aggression and sex drive, and to treat acne in women caused by high levels of testosterone due to its ability to bind to testosterone receptors, blocking HT and testosterone. These actions of blocking the effects and production of male hormones support the use of spironolactone and cyproterone as part of a gender reassignment program.

Other drugs, such as finasteride and dutasteride, block some effects of male hormones and can also be used as part of a transgender hormone replacement therapy program because they prevent the conversion of testosterone to its active metabolite DHT, by inhibiting the enzyme 5-alpha-reductase.

What are the side effects of common antiandrogens?

Side effects for cyproterone include breast tenderness, breast pain, and mood changes. The most serious side effect is the toxic effect of cyproterone on the liver and if taken at high doses long-term it can cause liver damage. If you have diabetes and are taking antidiabetics or insulin, cyproterone may affect your glucose tolerance. Talk to your physician when you experience any negative side effects during your transgender hormone replacement therapy.

Testosterone is the androgen responsible for controlling hair growth, including facial hair, chest hair, and scalp hair. Hair that is usually associated with male body hair depends on high levels of dihydrotestosterone (DHT), which is converted from testosterone. Antiandrogens block the androgen receptors on hair follicles, reducing hair growth. Using an antiandrogen can stop the growth of unwanted body hair and help with the gender change process, however, the growth of facial hair is not reduced sufficiently and needs other treatments such as electrolysis.

When you want a medication supplier that is discreet and safe, Inhouse Pharmacy is your answer. As a regulated pharmacy, we can provide our patients with high-quality medications from leading manufacturers at prices that help them stretch their healthcare dollars. Contact our customer service team if you have any questions about availability or prescription submission. When you and your physician are ready to start your transgender hormone replacement therapy, consider filling your prescription with Inhouse Pharmacy.

All medications have risks and benefits. Individual results may vary. Only purchase medicines from this site in accordance with the advice you have obtained from an appropriate medical professional.
WordPress Appliance - Powered by TurnKey Linux